be gentle, it's my first time

It's a cool September day, my son is napping (Oh, how I love thee, blessed nap!), and I'm avoiding dull things like doing dishes and tidying my house. Isn't Sunday a day of rest? I think I will either giggle and cringe at my borrowed set of The Office or sigh and drink tea as I read Sense & Sensibility. The options sound equally lovely.
Though it's been a while since my last email/letter, it has been a phenomenally discouraging week, and I don't want to get into it. It shall pass. I will get into all the down & dirty stuff some other time, perhaps, as I get more used to writing essays to no one. This isn't quite like an email or letter - I have no idea who will read it or what you will think. Suffice it to say that I need prayer (and who doesn't?), specifically for strength, forbearance, and protection.

Were he able, my son would say hello and blow exuberant kisses to all of you. Since I've been teaching him how to pronounce some words, I've been telling him "Look at my mouth," at times to see how I say something. The other day, I told him that it was time to clean up and pick out some stories for bedtime. He responded, "Look at my mowf - no kee you (no thank you). I jus need to play some more." He's very authoritative and bossy, and I have no idea where he gets it. 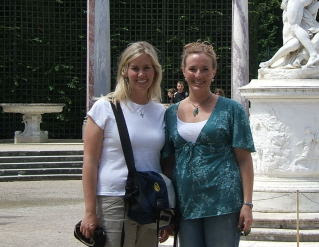 Kellie & I in the gardens of Versailles - one of a very few photos I have of me. I have decided that I do not photograph well most of the time. Since I am vain as a peacock, this means you may not see much of me in this blog. Which is fine. 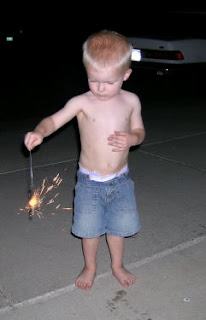 Little man B's first sparkler - after watching the pyrotechnics of the 4th of July, I was his new hero. You could almost hear him thinking, "My mom plays with fire! She is SO COOL." 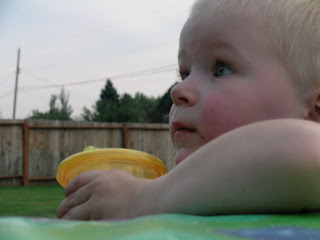 A rare calm moment, at friends' backyard BBQ. I could snack on his nose and cheeks all day. 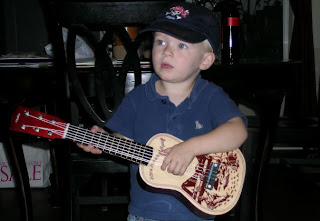 Singing and playing along with "Bob the Tomato's Ukelele Karaoke" from VeggieTales. "Lance the turtle/Aloha Lance/Lance the turtle/Dance, dance dance..." This was stuck in my head throughout Paris, and I did my best to get it stuck in Kellie's too.
at 3:24 PM 7 comments:
Newer Posts Home
Subscribe to: Posts (Atom)