this has always bugged me

To see the photo captions, click through to the album itself on Picasa. I write too much, and the captions mess with the photo display. LAME.
at 10:03 PM 1 comment:

that's what he said

A: You have hairy legs. Look at all that hair!
B: Yeah. It's cuz I have hair growing out of me.

I decided not to point out that I've asked him not to holler at me from another room, because the sentiment was awfully sweet. And I suppose hollering is better than the time he walked in on me in the bathroom with a blanket over his face to "pretect" my privacy but still have an urgent conversation about breakfast.

*****
B: (upon invitation to his first dress-up birthday party, a royal-theme for a princess friend) I will dress up as a ninja disguised as a prince. All those princesses will need to be pretected.
R: I think that sound wise. It's an awful lot of royalty in one place.

*****
S: I hate making mistakes because it takes me so long to forgive myself afterward.

*****
Tiny girl, name unknown: (overheard at preschool while dropping B off) OK, let's go outside and chase boys.

still in the waiting room

I've been pondering God's heart lately. It's been an emotional few weeks for me, for reasons I'm not entirely clear on. Reason number one is probably the fact that I've fallen down on my face in terms of prayer and time spent with God. Back-up and/or convenient reasons include my own widowhood and how that is still layering on confusion and complexity and pain; loved ones who have experienced their own tragedy recently, be it widowhood or miscarriage (those seem to be themes around me); how my life continues to look so differently than I had ever imagined; how it seems that Rob's and my plans/hopes are being thwarted or delayed.

There are so many things about God that I do not even understand, and while some merely perplex, others can be maddening. I need another dose of the perspective He gave me back when Blake was brand-new, still pink and scrunchy and needing time to fluff. I was juggling grief and new motherhood and I barely remember much of that time. Bits and pieces stick out for no rhyme or reason, but I was deep in survival mode, running on pure adrenaline and stress.

I took Blake in for his first set of shots, and though I'm a pretty practical gal, nerves were running high. I knew that my son would leave hurt, that he would cry, and that even though he couldn't even begin to understand, the pain was just a side effect from something that would be for his good. I began crying before he did, anticipating the confusion and tears, and yet I held him still so that the nurse could do her job.

God walked me into widowhood knowing that I would leave hurt, that I would cry buckets, and that I would not understand. I still don't. I'm not sure, really, what good has come of it, because I am still so focused on how painful it's all been. I cannot even begin to understand it from God's perspective, but somehow, that experience in the doctor's office helped me to see that God's tears at our sorrow are sincere and real. Somewhere in there, that part made sense.
at 11:40 AM 3 comments: 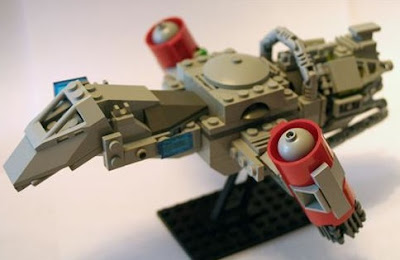 For a ton of people who know who you are. For those who don't get it, WATCH FIREFLY NOW. That means you, Reese.

had i known him, i would attend wearing hot pink

I read one of the best obituaries EVER yesterday. And yes, I realize that it is odd that I was both reading obituaries and ended up rating one.

But still, when the bulk of the obit is information on getting to the celebration of life event, the photo is of a grinning man in a tux, and the last line reads as follows, WHAT IS NOT TO LOVE?

"Please wear bright, cheerful colors unless you find black slimming."
at 10:39 AM 1 comment:

we'll be known as the hiking foodies

After a lovely and leisurely day in which Rob took an inadvertent nap (walked back to the bedroom to put on shorts, lay down on the bed for a bit, woke up almost two hours later), our family decided to take a little hike up South Cottonwood Trail in the early evening. We got there around 7:00 and planned to go as far as the creek - maybe about a mile? - then head home for a very late dinner.

Blake was kitted out with his backpack, complete with small water bottle, a banana, and two baggies of fish: Gold and Swedish. He trucked along the trail, gingerly avoiding the stickiest mud and puddles, chattering the whole time about how cool it would be if he were a ninja that did backflips off of buildings while wearing a parachute.

Rob proceeded to tell him a little about how he'd managed to jump out of an airplane one time: with his dad's help and their mutual agreement to not tell his mom until AFTER the deed was done.

I was in full micro mode, scanning the ground on either side of the trail for anything interesting. By "interesting," I mean snails or wild strawberries, wildflowers both known and unknown, any small critters or snakes. What I usually end up seeing is a lot of dog poop. While the trail had its fair share of THAT, South Cottonwood is practically a rainforest microclimate. Hard to believe, but I cannot remember EVER having been on this trail before our impromptu hike-because-we-missed-church, despite knowing that big Blake used to bike it often. Sometimes I think that living in Bozeman is absolutely wasted on my sorry, do-nothing butt.

I didn't see the orchids from the last time, nor any columbine, but there were tiny wild violas peeking from sheltered spots, tons of snails (we collected ten empty shells for Blake's show-and-tell), and, my favorite: wild strawberries. They are almost impossible to see, since they hide under the leaves of the plant and are the size of Blake's thumbnail or smaller. We found a precious few, and it was like being on a treasure hunt, only the treasure is intensely tart and edible.

Blake started to wind down a little before we got to the creek and, thus, the allotted snack time, so I told him that Daddy Blake used to ride his mountain bike on this trail when he was alive. There was a slight pause, then "WOW! THAT'S AMAZING!"

He then decided he needed to figure out non-training wheel biking as soon as possible, and Rob and I agreed.

The narrow bridge over the creek - a halved log, secured on both ends and with a little handrail - alarmed him until we told him in no uncertain terms that he HAD to hold my hand across it to keep me safe. On the other side, Blake proceeded to inhale as much of the food as he could (I think he is growing - he was voracious yesterday!), we hiked a bit further, got bit by mosquitoes, and turned for home.

Dinner at 9:00 pm was fun, a smorgasboard of what was left in the fridge. Blake's shower was overseen by Rob, who I later discovered had had B scrub all the mud off with one of my cleaning rags (a clean one, but still not really suited as a washcloth).

Next time, we'll go farther on the trail. To achieve such dizzying heights of ambition, I'll probably just pack more snacks... all three of us are incredibly motivated by the promise of tasty treats. It's one of the reasons I can never say no if Reese invites us over for dinner.
at 2:43 PM 2 comments:
Newer Posts Older Posts Home
Subscribe to: Posts (Atom)