rob is MY favorite fruit

I just cannot let this place languish any longer. SO much has happened in the last month that it's impossible to do it all justice. Bullet points, here we come!
And finally, a few quotes to round out the day:

(during the move)
A2: Master bedroom? This has all the "toys" in it, doesn't it?
A: Yes, don't open it or you'll be sorry!
R: Oh, sweetheart that reminds me: I am SO GLAD I moved the garage stuff by myself. Slapped up against the side of one of the plastic bins was one of the gag gifts from Molly and JR.
A: Uh-oh. Which one?
R: "My First Bondage Kit."

*****
A: You can watch one more short episode.
B: While I eat my Lit'l Smokies? Because I LOVE them, even though they're a little bit SPICY for me, I still LOVE them. 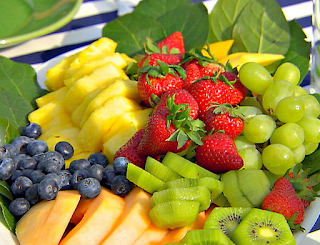 i'm either a heartburn or a hatchet kind of girl

I grew up in a moderately charismatic church, and for those of you who don't know what that means, in practice it meant that many in the congregation felt comfortable raising their hands to some degree during the singing part of the service. That's really it: no dancing, snake handling, interrupting the service with loud proclamations of agreement, or flag-waving. Folks would just lift a hand to God while singing.

I now attend a Reformed church, and for those of you who don't know what that means, in practice it means that we take wine with communion every Sunday, and the singing part of the service is about as lively as most funerals. There's more to it than that, of course, but for the purpose of this post, that is the difference between the two churches I've called home.

So I sent an email with the following attachment to my two pastors, the worship director, and the worship coordinator, offering to teach a class to the congregation. It took a great deal of self-control not to send it out to the entire worship team, but look at me: practicing restraint! I'm incredible these days, just on fire.