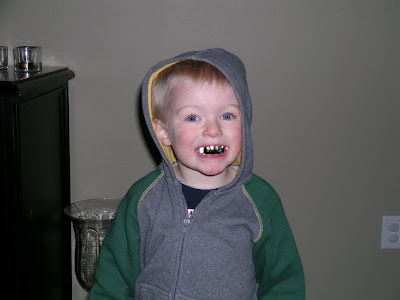 Blake's grill, generously donated by a friend's friend. He loves his fake teeth. 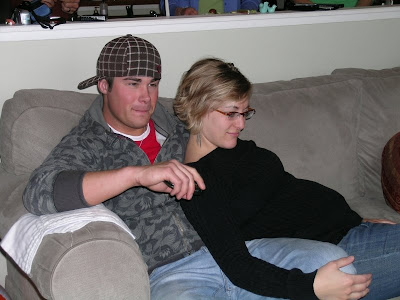 Bing & prego Lane: these guys got engaged not long ago! 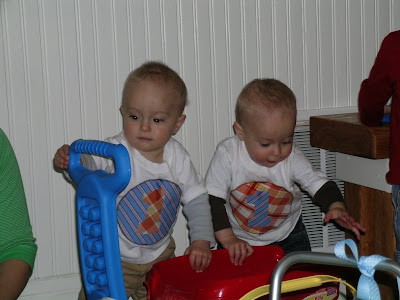 Mason (l) and Smith (r) on their first birthday. They might be the cutest ever, and Blake tried valiantly to steal all their presents. 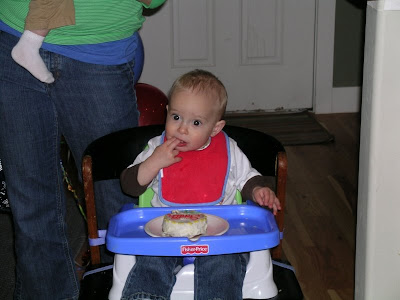 Smith, still not sure he can touch the cake, now that the enchanting candle is gone. 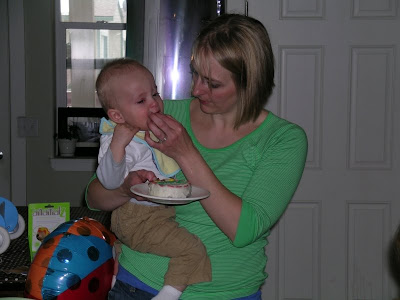 Mason, still emotional after I smacked his hand away from the candle. That right! I'd do it again too! Burned baby is not something I will tolerate. Plus, I didn't smack him hard, just quickly to keep him from hurting himself. 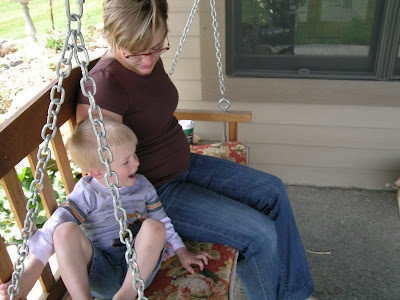 Lane and Blake, chillin' in the swing at the Myers' house. 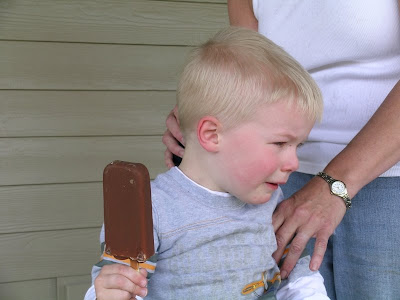 He does not like haircuts, but Grammie was a brave soul. We also bribed him with the ice cream bar, which he tearfully ate while telling us, "I DON'T NEED HAIRCUT!" 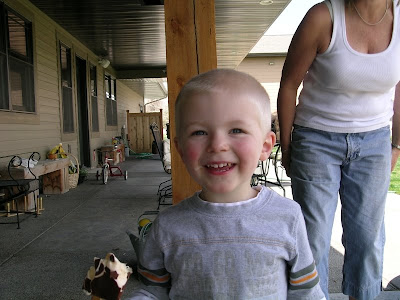 But he looks so cute once it's all over with, I'll probably still fight the battle (rather than learn how to French braid). He ate plenty of his own hair, but I think a person's tummy can handle almost anything when it's mixed with ice cream. 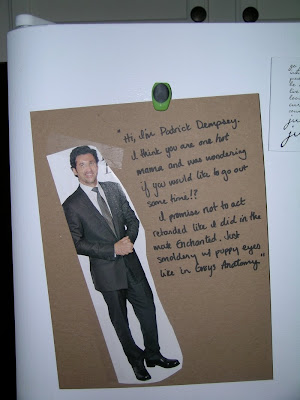 A lovely surprise in the mail: my very own Patrick Dempsey. Click to enlarge and read. 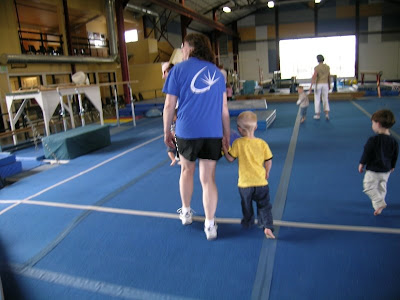 Blake and Roberta, heading into the wild blue yonder of gymnas-kicks. 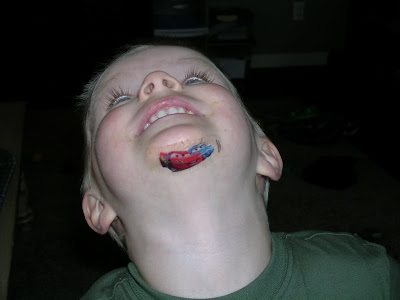 The Cars band-aid. He peeled it off himself the next night, solving that little dilemma for me (how do I take it off now?), and the cut is healing nicely, though it will leave a scar. 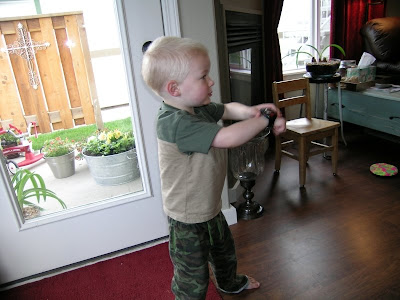 I was going through boxes the other day and left Daddy Blake's heart rate monitor out, thinking I could find the chest strap to go with it. Blake found it, proclaimed it his laser (like Buzz Lightyear), and now plays with it or carries it around pretty much constantly. He knows it was Daddy's watch, and that it's his now.

This is the same heart rate monitor that some of you may have known back in the day, when Daddy Blake would ask: "What's your heart rate?" Apparently, he did this with some regularity on bike rides, runs, hikes, and Bible studies. 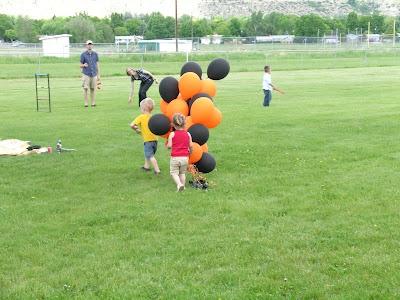 At the picnic for the reunion this weekend. Blake and Lizabeth grabbed the two bunches of balloons and proceeded to run through the festivities like banshees on speed. They laughed and plowed around with them for quite some time, which was nice because they were busy, but kind of bad because I think they knocked over people's drinks. 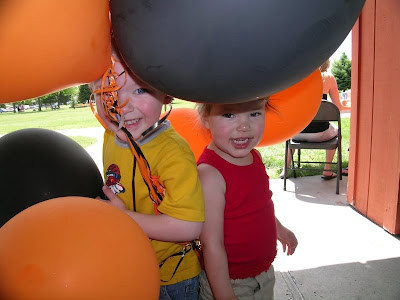 The rosy-cheeked buddies, in a brief moment of rest.
at 2:13 PM

thanks for..everything...being a friend...? I don't know what I was actually going to type, but I didn't finish the sentence 1st time around.

Your son cracks me up, oh and you too. I am glad that you went to the reunion and had fun! Yes, Blake always asked Sam about his heart rate. I'm not sure if that's why Sam got his monitor in the first place:)
Love you,
Sara