It's been so long, I almost forgot how to do this.

So, the stories I have are generally unfit for internet telling, for one reason or another. If you see me in person, you'll probably be regaled, but until then, I've been quiet-ish across the whole of the internet. When I DO have something to say or a picture to post, it's honestly so much faster and easier to just pop it onto Facebook (where I have some small degree of control over who sees it). For the one of you that I know for certain is NOT on Facebook and rarely sees me and uses this blog to keep up with our family... my apologies. We should have lunch sometime. It would be really fun!

Until that day, a photo post. I'm awfully scant on photos, too, for one simple reason: I'm trying to simply ENJOY moments rather than constantly try to capture them adequately with a camera. When I get dinner at a restaurant (and it's not Little Caesar's), I don't document it first with my phone (which I finally upgraded to a smartphone). I eat it. While it's hot. I don't feel the need to photograph my morning coffee, which I also don't feel the need to embellish with foam decoration. When my kids are EXCEPTIONALLY cute, I might snap a pic or shoot a short video, but Blake's grown self-conscious of his smile (he needs braces, but his mouth won't be ready for another year or two), and Vesper sees me holding the phone or camera and stops the cuteness to run over and watch the video or see the picture.

Here's the first round. Gotta figure out how to easily grab photos/video off my phone without actually having to email it all to myself. Lame. I'm still figuring this stuff out!

Oh, and baby is doing well. I'm just past 6 months (technically 28 weeks this week), feeling movement, not too swollen or uncomfortable. Blake and Rob have felt kicks - Rob rested his head on my stomach and started talking, and the baby promptly began kicking him in the face repeatedly. Kind of awesome. Vesper was confused about where things were and when I corrected her, remembered to an alarming degree and now likes to pat the appropriate areas on me or her, stating, "Booby. Baby. Booby. Baby." 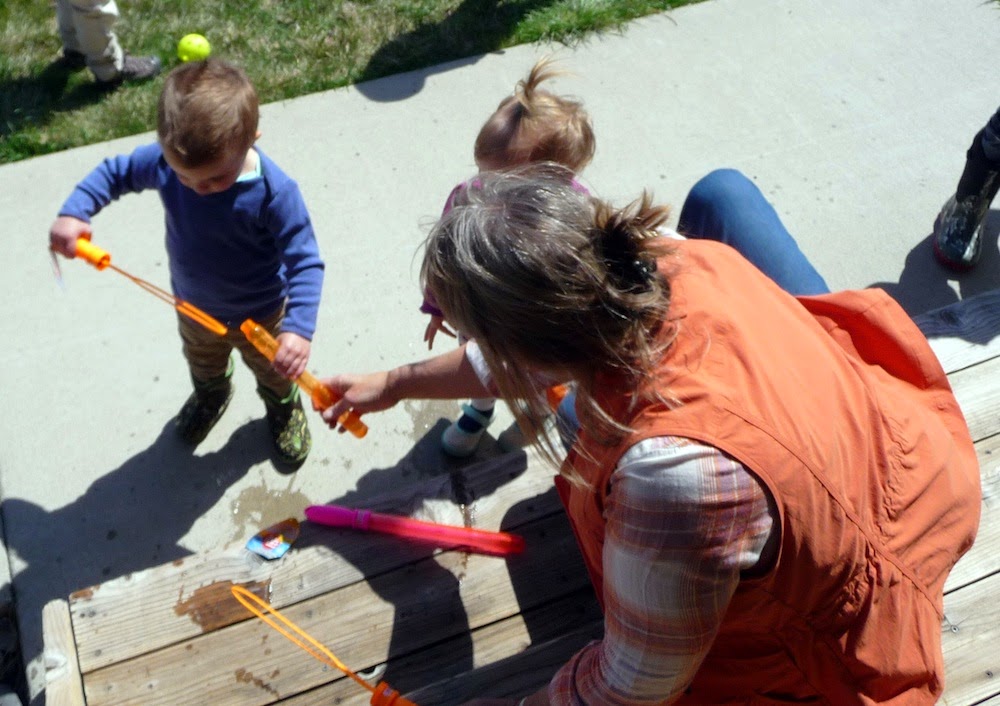 Easter in Billings, with Reese's family, my family, my cousin Hannah's family, and my cousin Aubyn's family. It was glorious, a little chaotic, and tons of fun. 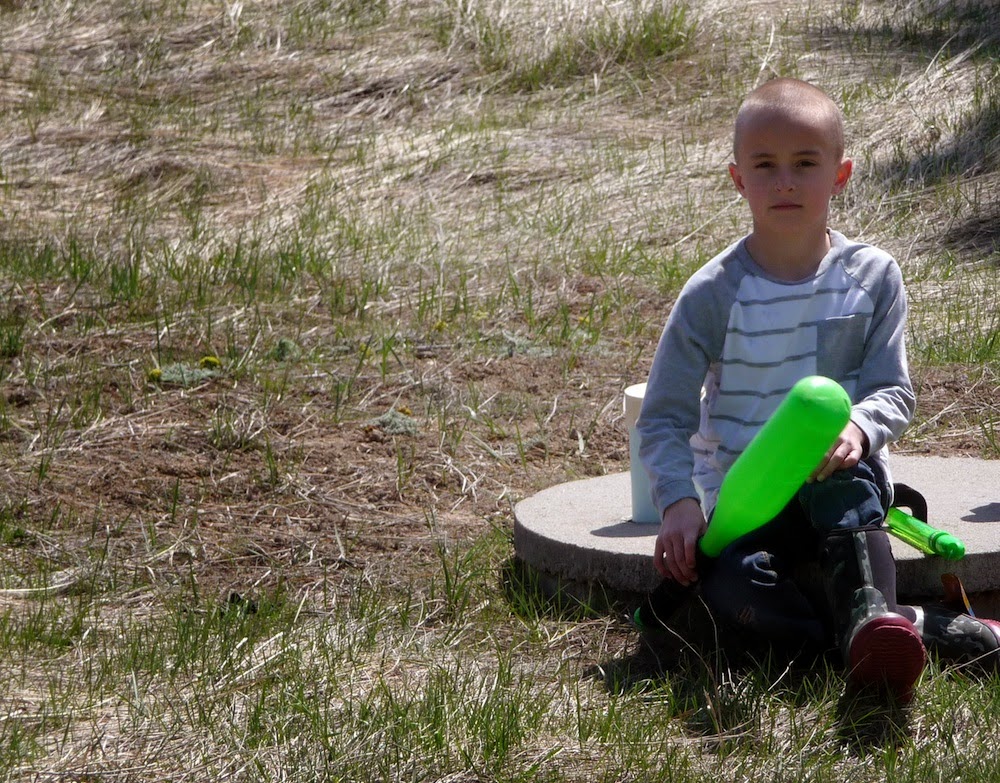 This is Mason, but all I see is Reese. A handsome version, that is. 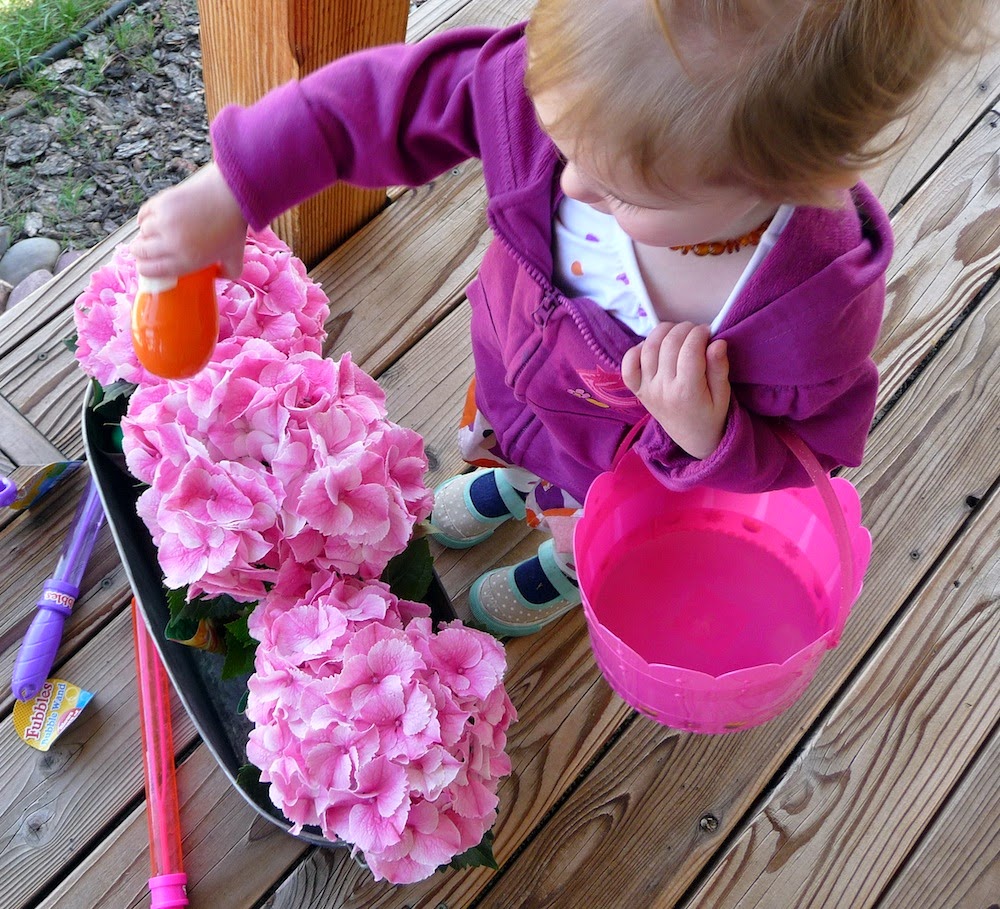 Once Vesper clued in on what we were doing, she lit up, "I LOVE THIS!" 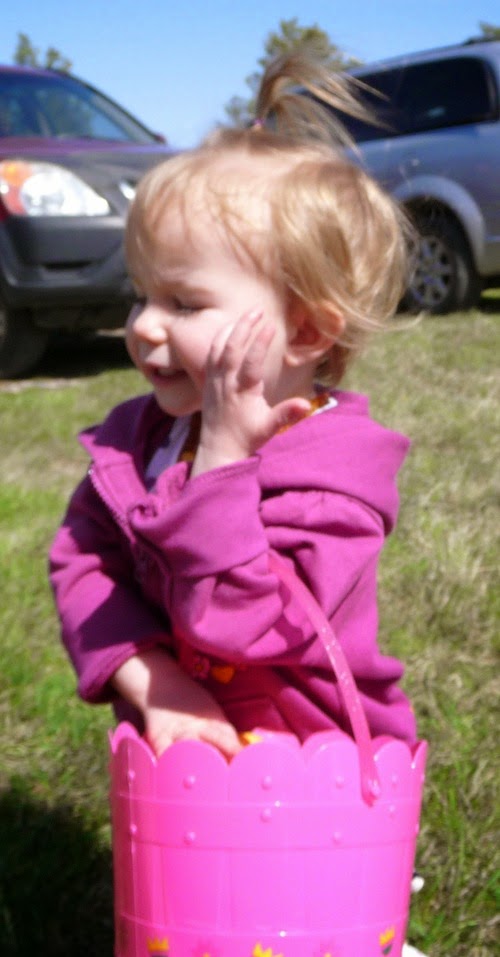 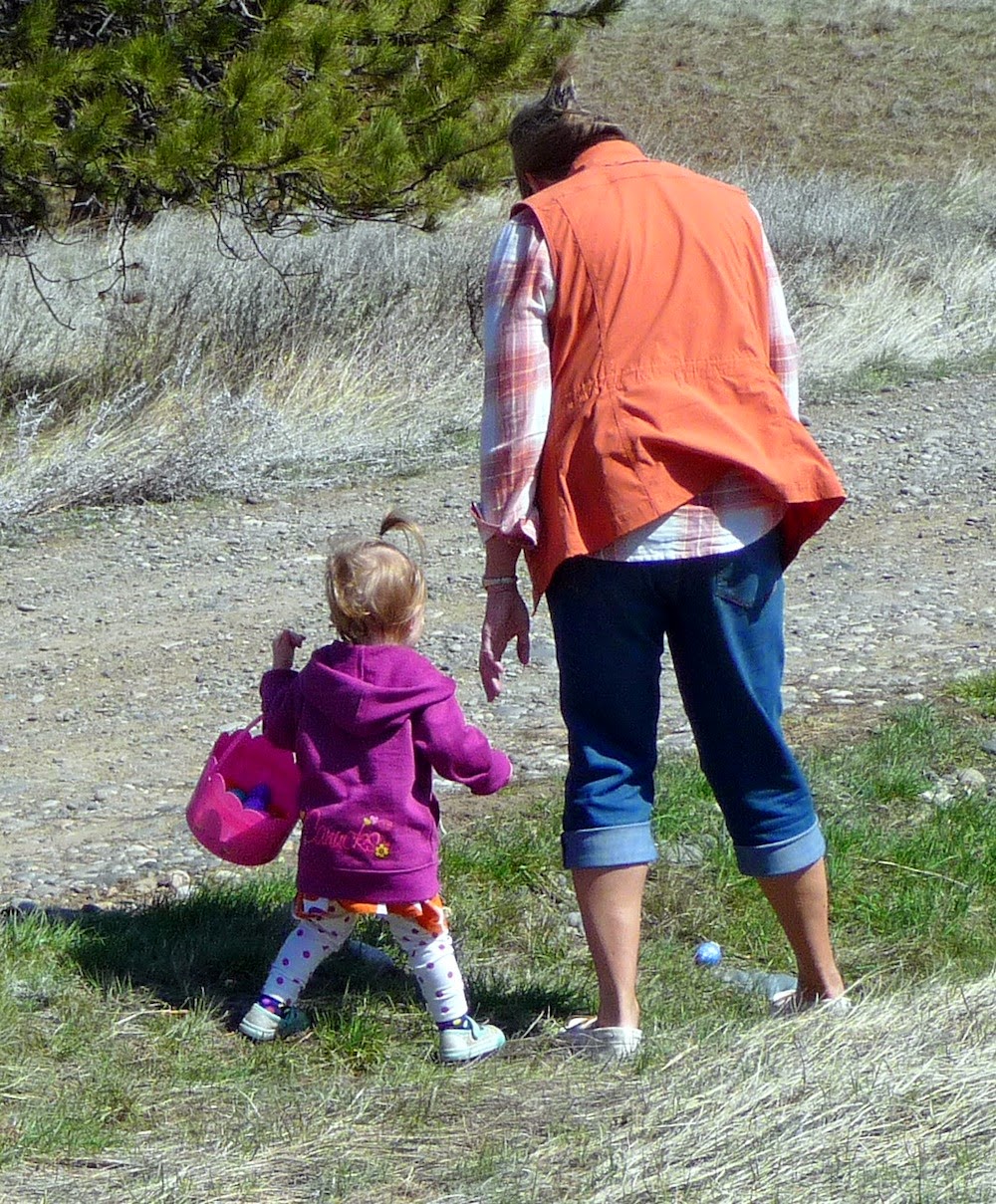 The littlest got to go hunting first.

Blake's class musical, It's Gotta Be Jazz. He's the snazzy dresser in the middle row on the right. 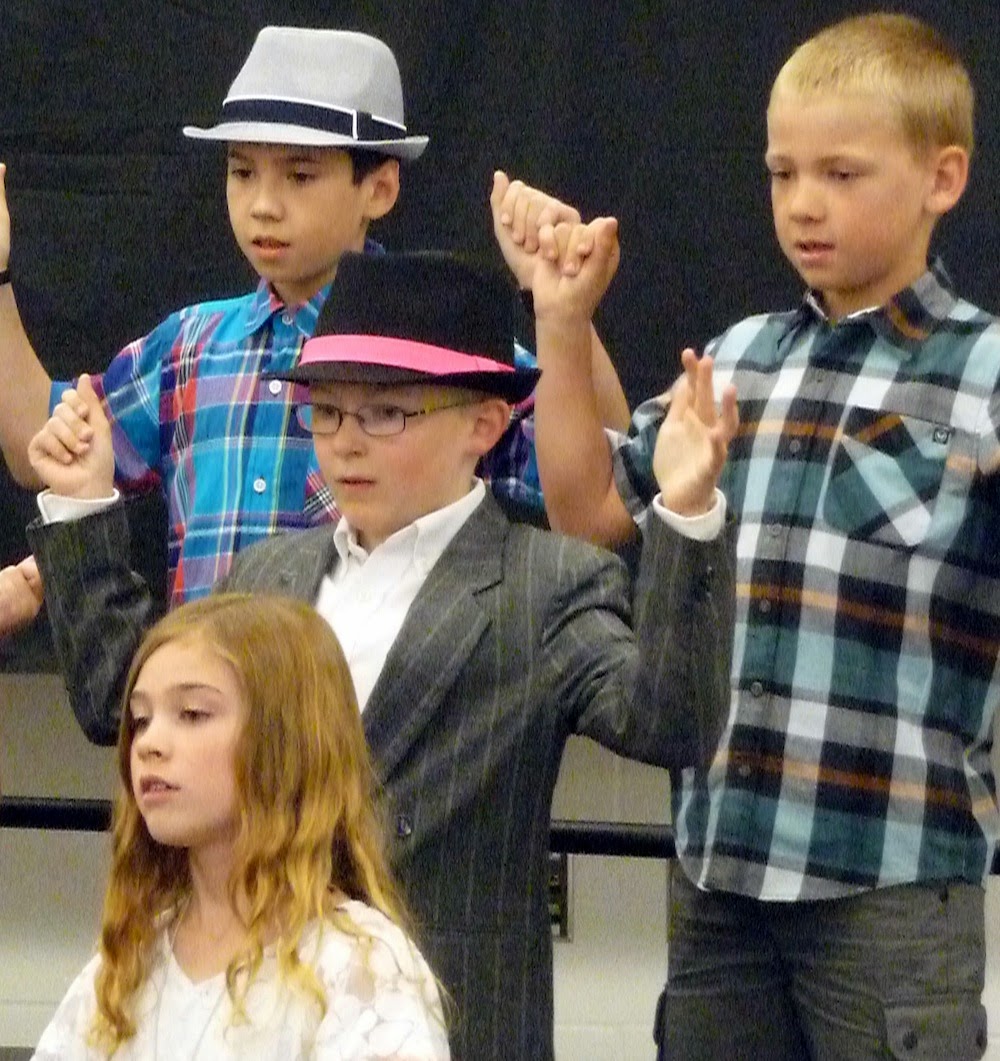 I have NEVER seen him so animated in a music performance before! I have a few videos that I might try to load up here - it's really fun to watch your kids engage and enjoy themselves. 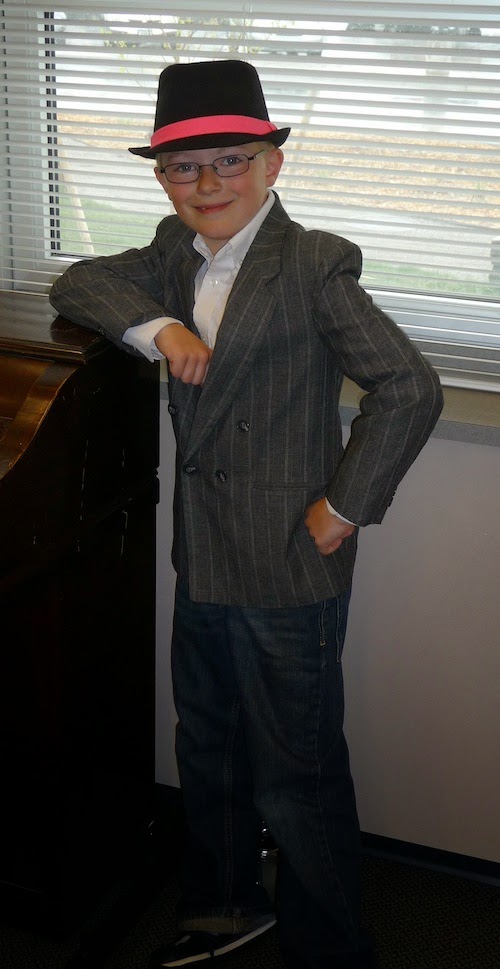 It helped that he looked (and felt) pretty fly for a white guy. 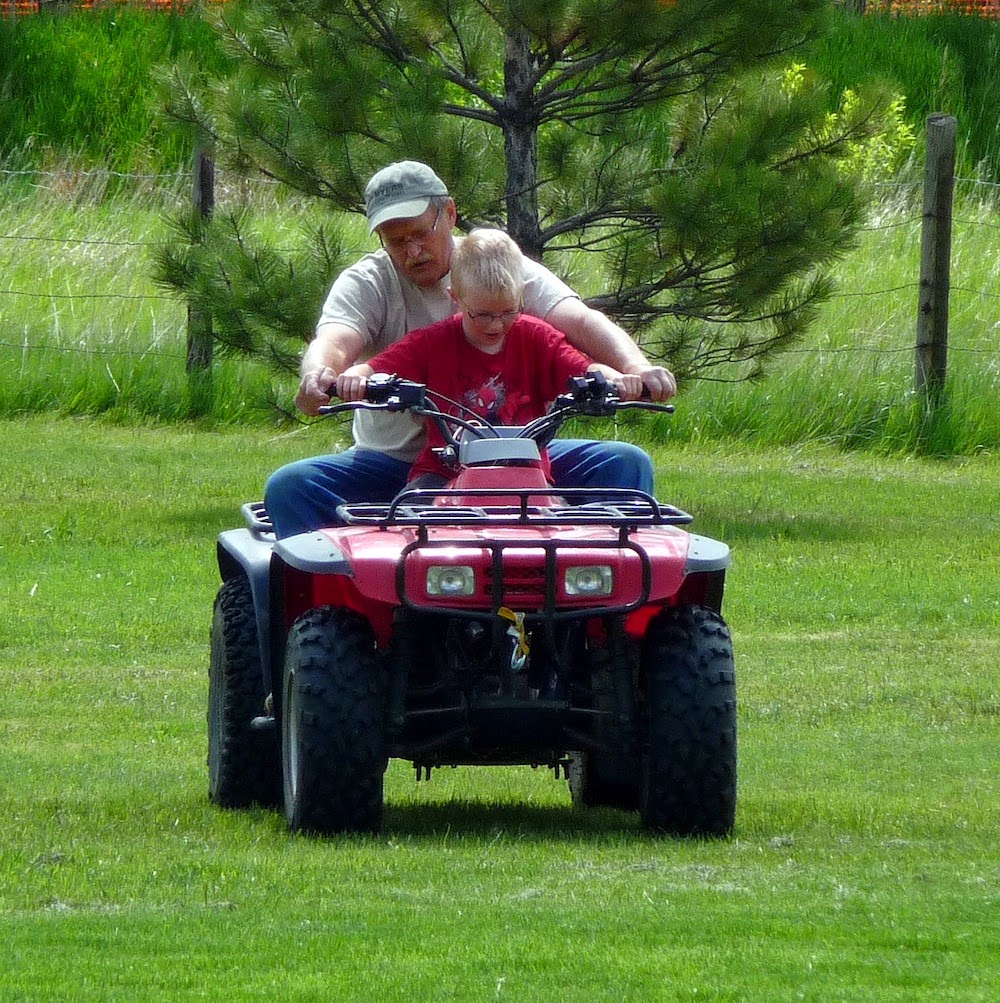 Papaw got a 4-wheeler and taught Blake how to ride. I'm not sure I'm nervous enough about this, but he doesn't climb on when all the other cousins are around (I can envision him mowing someone down on accident), so it seems safe enough... 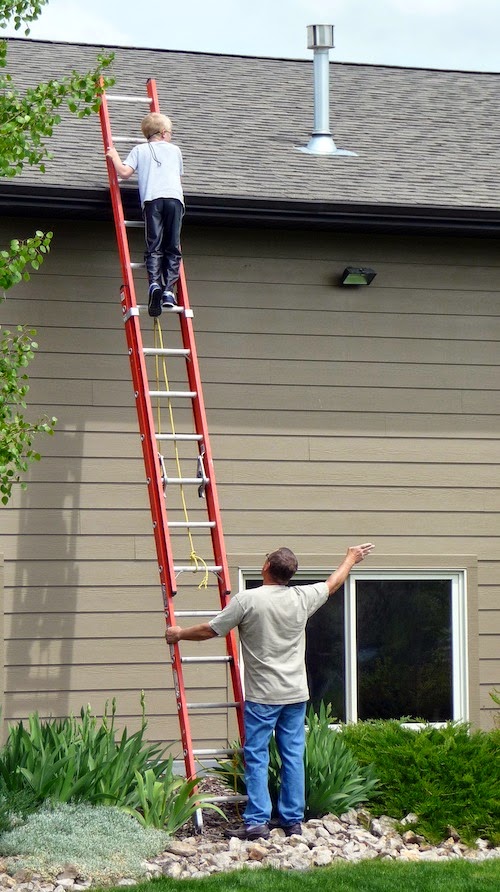 ... but THIS made my heart beat faster. Dad waited until all four or five of the aerial toys Blake was playing with had landed on the house or shop roof, THEN he brought out the ladder. And made Blake help, which B was only too eager to do! 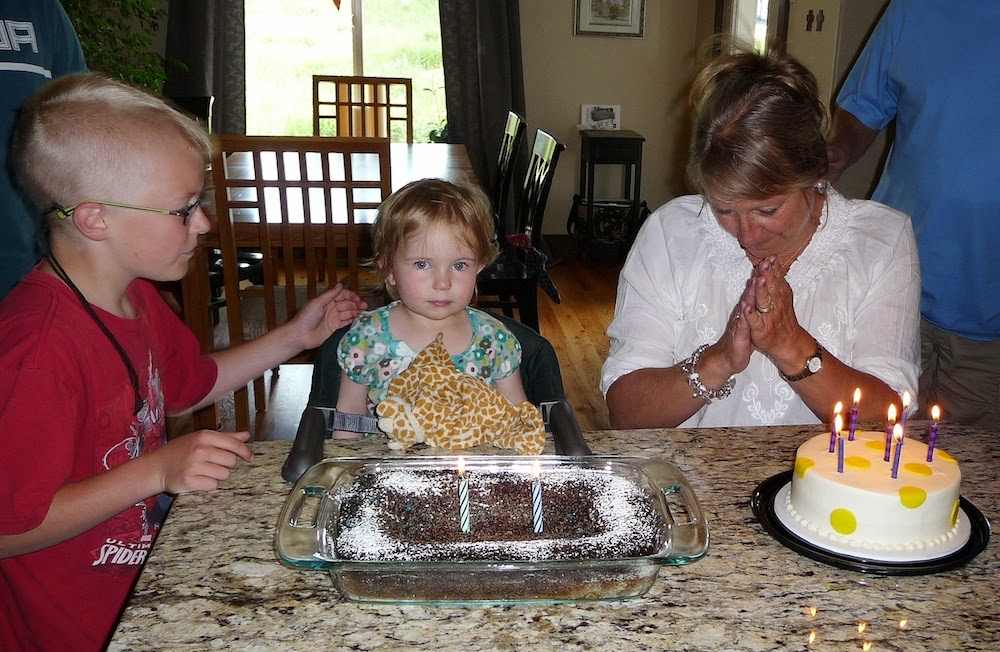 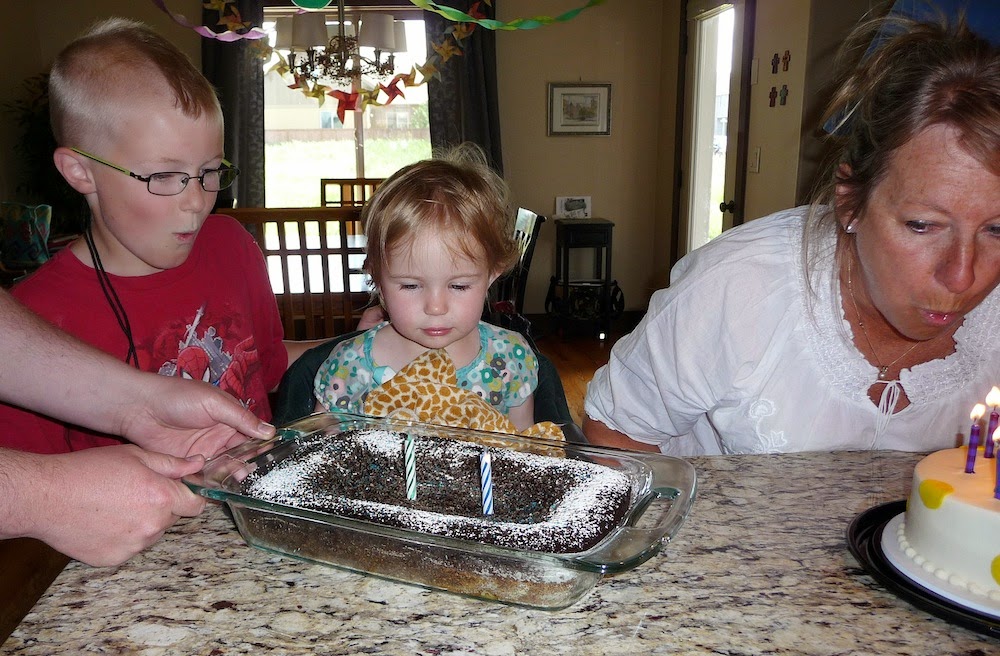 She's still not quite sure about candles, but Mom knows just what to do. She's had thirty times the practice!
at 9:40 PM

Hmmm..just tried to comment and got kicked out. THANK YOU for the blog update. Love your humor...and your family.

I ventured to your Blog today and was like...Hey looky here! We got ourselves an update with pictures! Yay! Made my day! Hope your summer is going great...and i totally get "living the moment!"