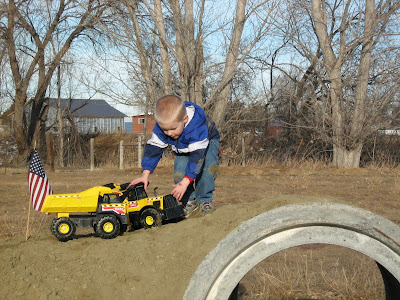 Blake's time in Billings the last time I visited Rob. Grammie & Papaw put a culvert in the backyard and dumped dirt over it. Now all they need is a bunk house for all the little boys that want to live there. 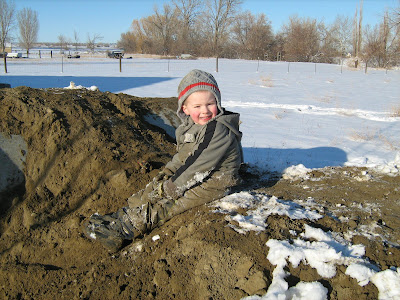 Then it snowed, and he decided to roll down the hill every which way. At least he's not eating the dirt this year. 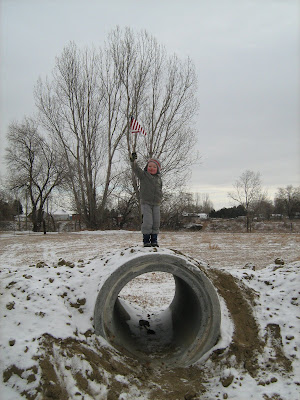 King of the Hill! Grammie said the flag was his little buddy all weekend. She put it inside once the snow fell, and he asked her to bring it back out for him. 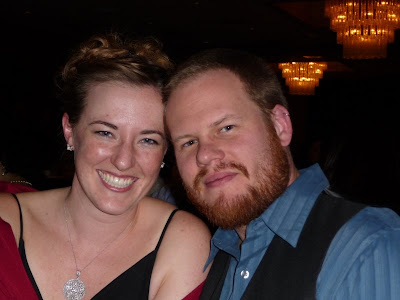 Rob and I got dressed up and went to a gala. He cleans up AWFULLY nicely... 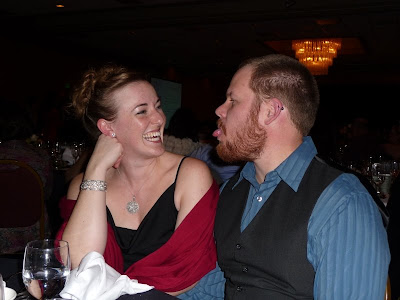 ... but is still ornery, no matter what the duds. 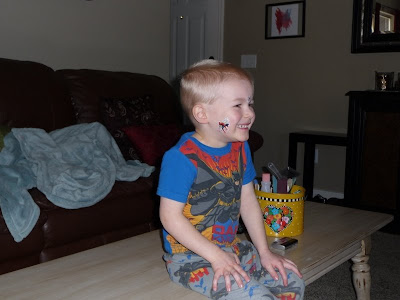 The Teipes gave Blake Madagascar 2 for his birthday, and this was his face almost the entire time he watched it. 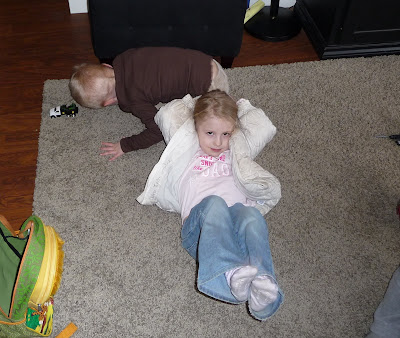 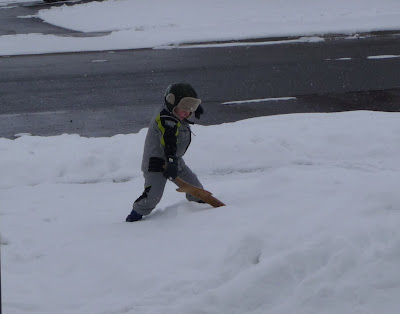 Uncle Bing made Blake a pirate's sword this summer, and it was put to good use, punishing the snow. 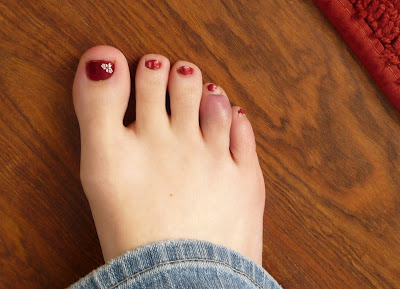 Guess which toe I brokeded a week ago? I screamed in pain and hit the floor after I walked into the chair leg. Blake was washing up after going potty and came running into the living room, terribly concerned both for me and for whatever I had hurt myself on. He was worried that it had been one of his toys, and I would like to think that it's because he didn't want THAT to be the cause of my pain... not that he was scared I'd broken his toy. 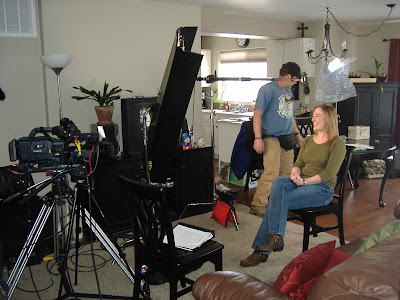 The Weather Channel interview set-up. No word yet on when it will air, but don't worry. I'll tell you.
at 12:59 PM

I would like to point out that in the first picture of you and Rob...you are leaning together. And also that you are looking rather ravishing lately :)

Did you paint your toenails like that just for the picture or are you always that put together? I thought the rule was that once you had a kid all the me-pampering time went out the window.

Are you wearing cowboy boots in that interview? That's classic. And truthfully, not the Addie I remember.

My beard is awesome!! I can even save some of my previous meals for later snacks. You're just jealous.