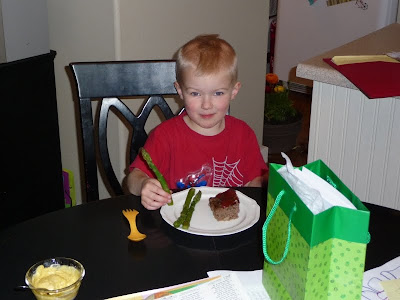 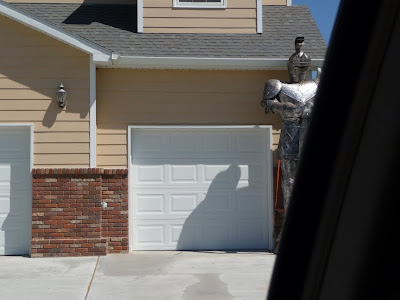 I know it's a lousy picture, but there's a house in Billings that has an ENORMOUS suit of armor strapped to its front. And it's just, well, too crazy not to share. 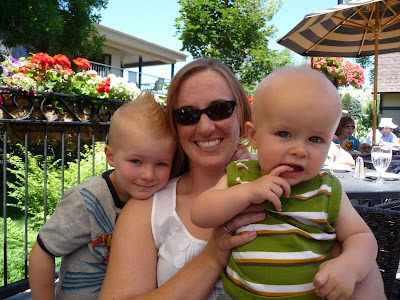 The ladies who lunch have babies. I got to meet a bunch of women (mother, aunt, sister, cousin) for lunch during a weekend in Billings. Blake snuggled up to me as I got proof Maddox and I have been in the same place at the same time. You know... other than when he entered the world. 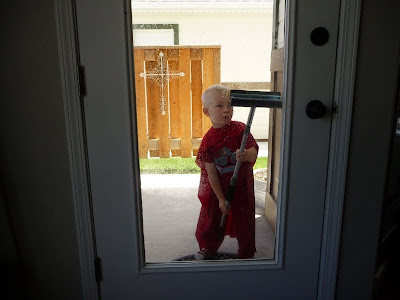 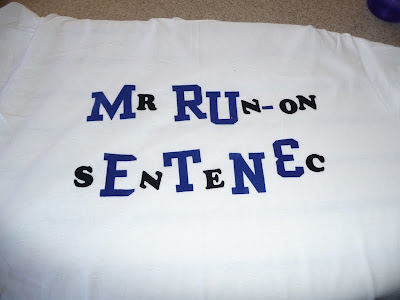 The height of irony. Me, the editor, whipped up this gem for my boss, who is aptly described on the shirt. Not surprisingly, Ryan hasn't yet worn it. 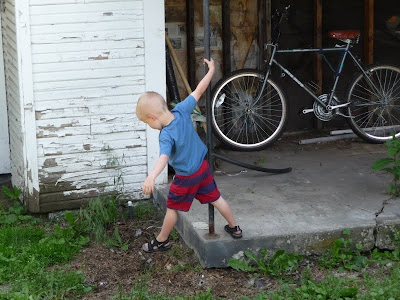 The pole dancer. We're so proud - he's going to put himself through college! 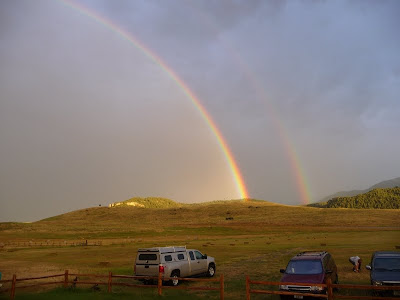 It's been the summer of double rainbows. This beauty appeared during the Myers family "camping" weekend at a cabin on the Stillwater. 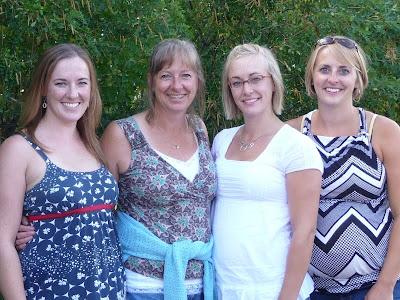 One of a scant handful of photos of our weekend in Missoula. The Myers girls ditched husbands and sons and ran to Missoula for a free-spirited, hippy-dippy of a time where we burned incense and made tie-die dresses to wear at the farmer's market. Reality: Lane had shingles, Reese was stuffed up with prego nose, and I was as self-absorbed as usual. Mom did fine with us, proving her mettle. The thinking at the time was that we had no idea when we'd be able to do such a thing again, as Reese was due to pop within the month and by the time her kids were growed up enough to leave with Matt again... 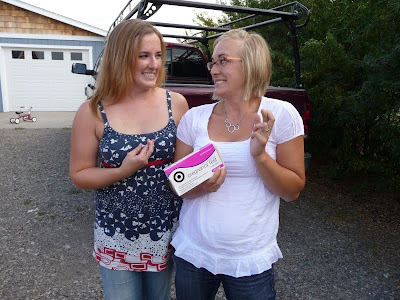 Lane or I would be pregnant or have new babies of our own (both tests were negative, which is the currently desired outcome). 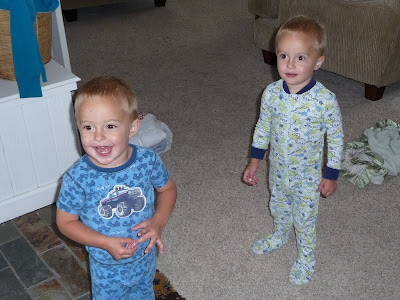 Smith (left) and Mason (right) both happy and jammied up as they clap eyes on their Momma again. 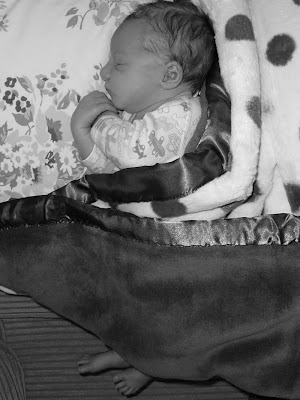 Soybean, who arrived a mere WEEK after our Missoula trip. Um, yeah, he was a little early, and we had impeccable timing for our fun in the 'Zoo! 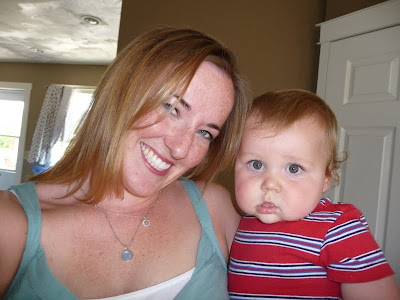 Sweet Noahster, who took one look at me and wanted to be held. I will take it as proof of his good taste, though Hannah assures me it's hard to keep him out of friendly-but-strange arms at the supermarket. He goes cheerfully to anyone! I then dipped him in BBQ and gobbled him up. 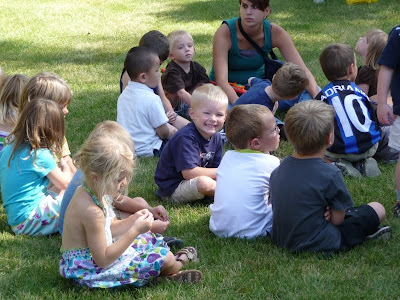 Hamming it up before the talent show put on by the preschool he attends. The pretty blonde in front is his dear friend, Ellese.
at 5:36 PM

Addie - "I then dipped him in BBQ and gobbled him up"! Oh how I love to visit TSSoC. You add joy to my life!

My favorite part of the last photo is the slightly-crazed-as-she-gazes-into-the-distance adult in the background... The blonde smiling kid's cute, though, I'll admit it.

i think you spelled 'sentence' wrong...'sentenec' or was it intentional?