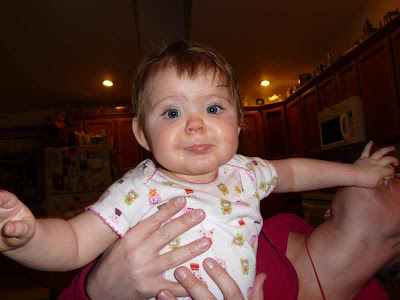 I managed to capture the new expression, plus her diva ways. "Bethany, GET OUT OF MY SHOT. No? I'll fix it." 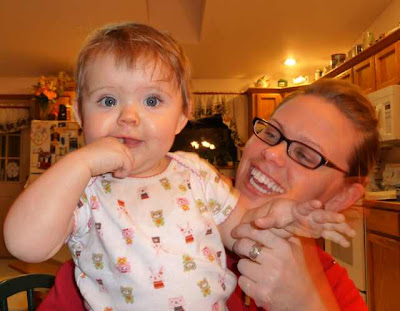 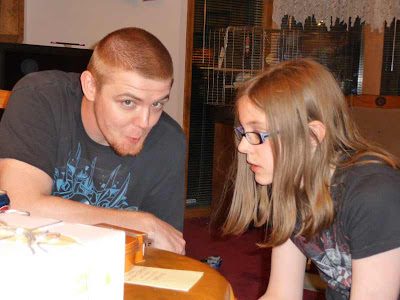 I TRIED to capture Chris giving Jasmine some words of wisdom about another birthday/new cell phone/whatever he was saying, but he ruined it by looking and then cutting faces. Evidently, he doesn't like being photographed (see below, mere hours after his second daughter was born), no matter how discreetly. Oops. 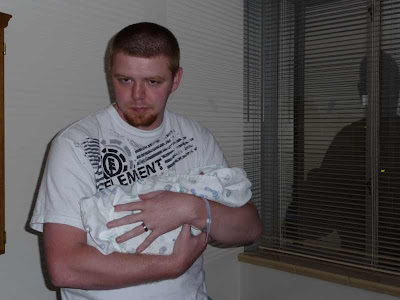 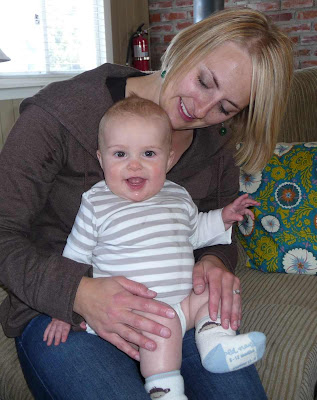 The Perrine family decided to celebrate the weekend by leaving Billings. Apparently, it was about time, so we all spent the afternoon at the Schuylers' place, soaking up the sun and all our boys playing outside. This is the chubster Soyboy with his doting mama. Lane and I agreed that Reese is clearly getting to enjoy motherhood more this time around, probably because there is only one, but more likely because she just loves him more than she does the monkeys. 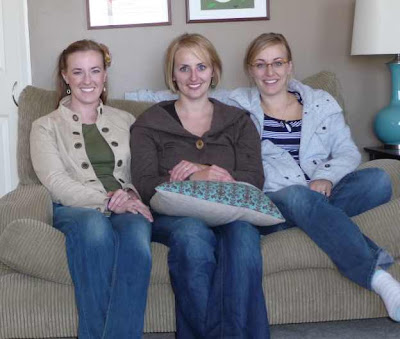 Proof that the three girls were there too. We've agreed that it is crazy that we are all mothers. 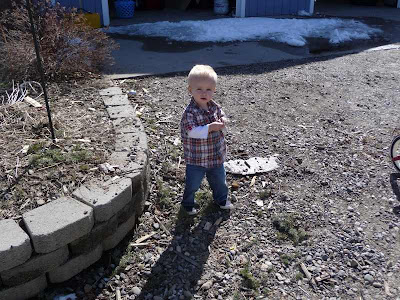 Maddox, who is cheerfully called (and cheerfully responds to) "Maggots." He's awfully handsome. 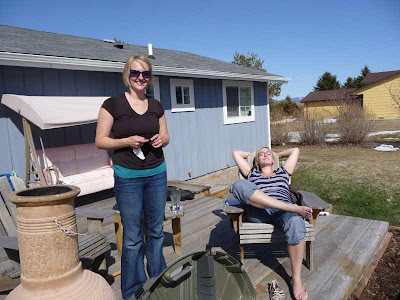 The aforementioned sun-soaking. I need me a back deck, but for the fact that my fivehead (it's bigger than a forehead) is now sunburned. 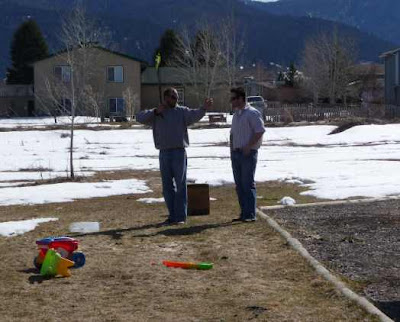 The wisdom of fathers and stuff. Or something. I don't know - they were really far away. Matt's holding arrows, FYI.
at 1:21 PM

The pic of you three beautiful girls is so terrific. Also I love your "fivehead" reference...I have one of those, too!