a smattering of happenings 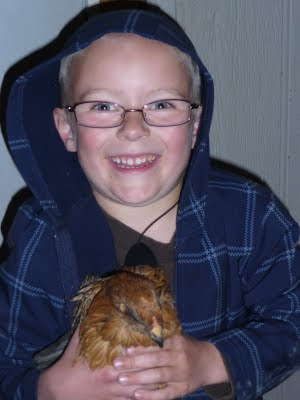 My mother and her friend Teri got chickens! They are well-fed, well-loved, well-caught chickens who have produced a few of what my dad calls "the most expensive eggs ever." This red let Blake catch her at least three times. 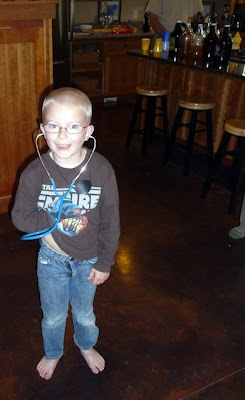 Blake making sure he has a heartbeat. See all those growlers on the back counter? Rob and I threw a "kegger" at my parents' house early in the summer (being still pregnant, I did not get very much of that smorgasbord of beer). Because we are adults... we invited our parents. Because we wanted more than one kind of beer, we rounded up half a dozen growlers and hit at least three different breweries in Billings to get a good selection. It was rather fun and quite tasty. 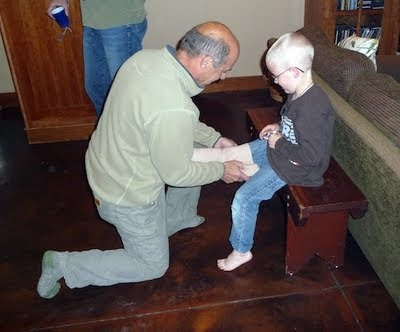 Rod (the doctor!) showing Blake how to properly apply an Ace bandage. 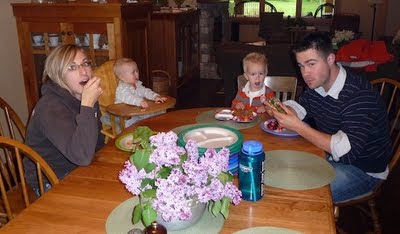 "Why are you taking a picture of us eating?"
"Because I can." 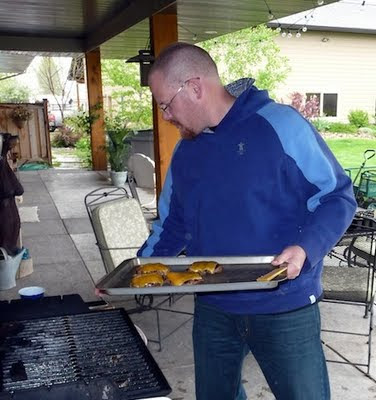 We provided the beer, the sides, and the dessert and asked everyone to bring something to grill. Rob then manned the grill LIKE A BOSS. 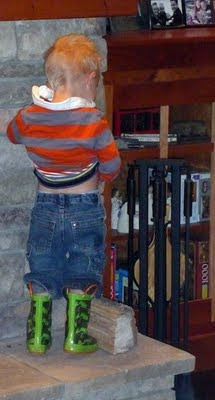 No, it's not what you think, but I did dart over to check. He was just patting his belly in the direction of the fireplace tools.
Because he can. 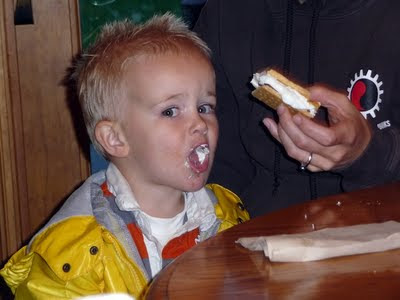 Maddox rounded up a few accomplices to help him consume as many s'mores as possible before his parents caught on. He was quite successful, despite having to entice people to assist him in his 'mallow roasting out in a light drizzle. 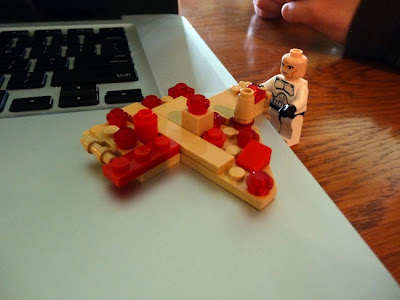 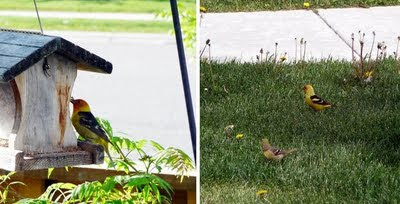 Western tanagers at two of my feeders. I have had the COOLEST birds drop in! They have all since moved on and I am left with sparrows and house finches and damnable black birds. 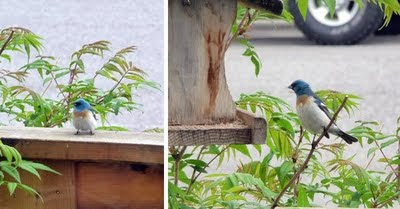 The indigo bunting that surprised me one morning. Just saw him once. 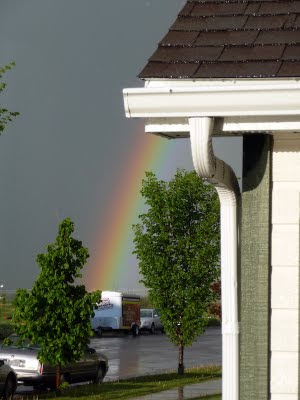 Incredibly intense rainbow after one of many, many, MANY June thundershowers. 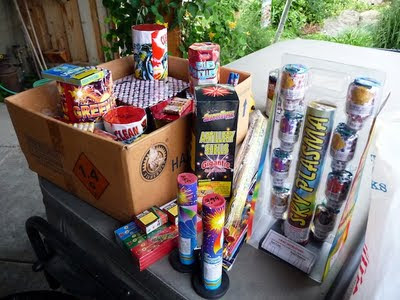 Lane and Bing drove to the rez and I hit a stand before we all converged on my parents' house for the Fourth. Dad already had a goodly stash of mortars, and we proceeded to show Rob what a rippin' good time can be had with what is otherwise a colossal waste of money. 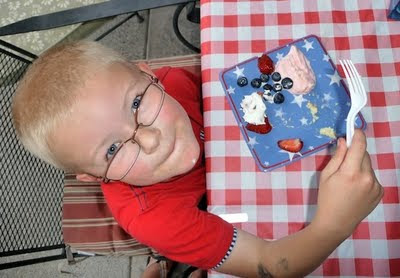 That is homemade ice cream on that plate. My mom does it up right, though her version of "right" includes only HAND-CRANKED ice cream. Shew. 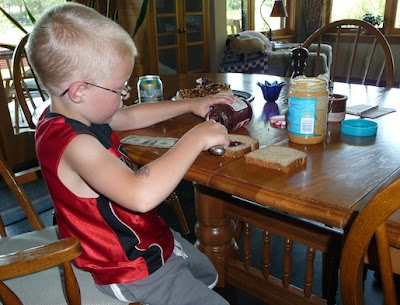 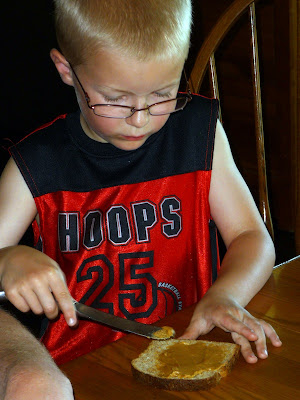 ... He can!
I am logging this knowledge away for future school lunch use. 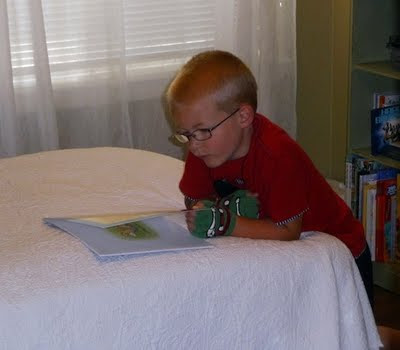 Grammie bought him these Teenage Mutant Ninja Turtle fingerless gloves, and he wears them ALL THE TIME. That's my little Raphael, reading Toot & Puddle while ninja-ing it up.

More photos of our summer thus far forthcoming, but 55 was simply too many to post all at once without using Picasa.
at 2:01 PM

Thank you for sharing your beer party, 4th of July, rainbows and family photos... Love living vicariously through you!

I'm a big fan of having a variety of growlers for a party. Did you know you can fill them for about $6 at Montana Brewing Co. on the weekends? Love a good deal :)

Love it all. Please read a comment I left on Kayla Powell's blog for how I feel about people having fun when I am not around.
The End.