For the last six days, I've had a painfully swollen left knee, for no obvious reason (no injury that I'm aware of). Rather than get better (I've had fluid on the knee before, but it's always been my right knee, been very mild, and resolved in a day or two, tops), it's continued to be very swollen, get progressively more painful, and be a general pain in the ass. Or knee. All of it, really.

Finally, after it looked like I'd be spending another full day in bed to rest it, ice it, and keep it elevated, I called the doctor, in hopes that they wouldn't just look at it, agree that it was swollen, and advise more of what I was already doing. First off, I got a major shot in the arm by hearing the nurse who was helping me today confer with the nurse I usually see, outside my door: "Isn't she great? Such a sweetheart, even when she's in a bad way, and so funny!"

That made my day, and I wasn't about to fill them in on what a sassy-pants trouble-maker I can be.

The doc was really sympathetic and concerned, more so than I was, really. She ordered bloodwork and rattled off a few things that could have caused it: infection, gout, rheumatoid arthritis. "I don't think it's lupus," she said, to which my brain screamed "HOLY SHIT, IT COULD HAVE BEEN LUPUS?" Bloodwork indicated no infection, which she said was good news, but the other two best candidates are autoimmune-related, and I'm honestly worried that whatever has caused it could be something I battle the rest of my life. Not a great feeling at an otherwise robustly healthy and young 32 years.

I have an appointment tomorrow at a rheumatologist to drain the fluid, which will be both terrifying (needlewise) and instantly relieving (painwise). They may also give me steroids directly in the joint for relief, since I would not otherwise be able to take them, as a nursing mother. Wide-eyed, I told the nurse I'd probably preface the appointment with a shot of something strong (liquorwise). "Oh, they'll numb it," she assured me.

And just so you can see that I'm not over-stating things, here is the knee. So pretty! 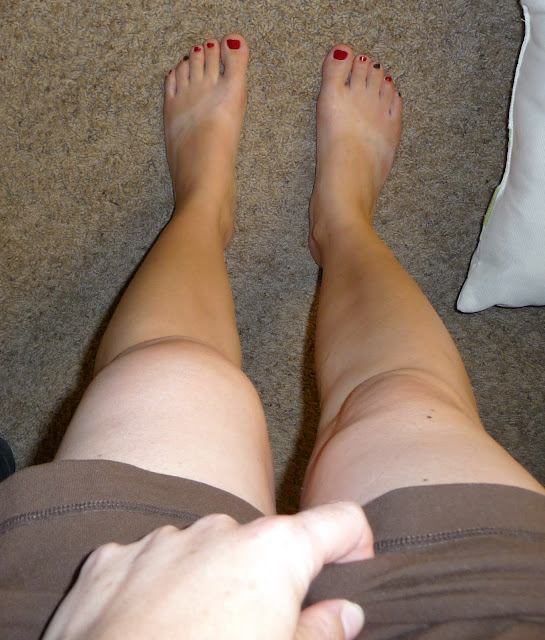 One of these things is not like the other! 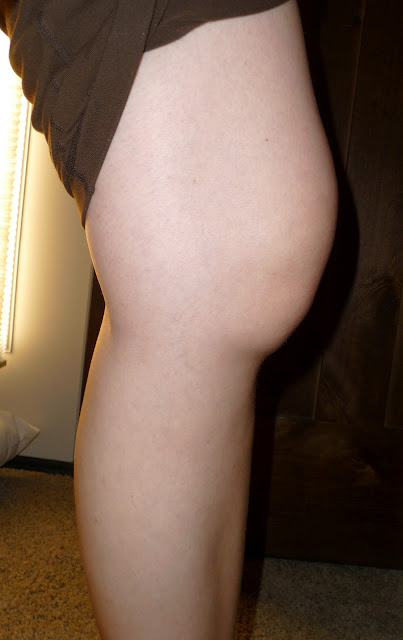 Makes being a sleep-deprived nursing mother the least of my worries.
at 8:35 PM

Good Lord! I do hope they figure this out quickly and FIX it!

;)
Not fun, not fun at all...
Sometimes our bodies do weird things that resemble disease, never to rear their heads again. That is my prayer, that this is a fluke. Get well Sarahbeth.