We hosted a few of the Bedfords after Christmas, and Auntie Bip's Christmas present to Blake included some time on the sledding hill. It was packed and mostly ice, but that just made it WAY MORE FUN. Except the first run. The first run, Blake was eager to go by himself, and I watched from the bottom while his smile quickly morphed into a rictus of fear. With no knowledge of how to slow or control his sled, he very nearly ran into a utility box well off the main course of the hill.

Now, I love that boy dearly, which is why I can say this confidently: he is not a particularly tough kid. He can be very brave, yes, and he has his moments of toughness, true, but overall, he can be a bit delicate. The scare of an uncontrolled whip down the hill and near-collision left him teary and shaken, so he had me, Rob, or Bethany on the sled with him for the remainder of our time, and he still ended up in tears at least once more after a tipped sled incident. The fun of such things usually outweighs the fear, though, and he kept on going. It was a beautiful bluebird day, and Rob and I agreed that we need more and bigger sleds. 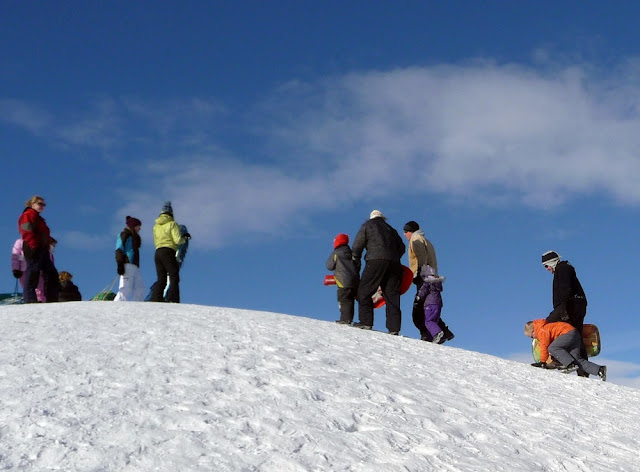 My fellas, on the right. I'm on the hill, climbing it as well, but it's a steep one, pocked with kicked-in treads that are not very stable. Or grippy. Or big. 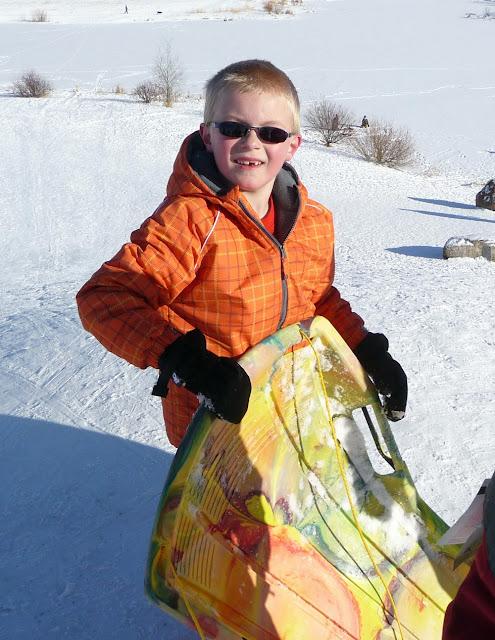 The punkin. His new glasses have lenses that transition into sunglasses, and he LUUUUUUHVES them. He originally wanted to try to reach the lake you see in the background, but got more and more anxious about such a possibility as time went by. 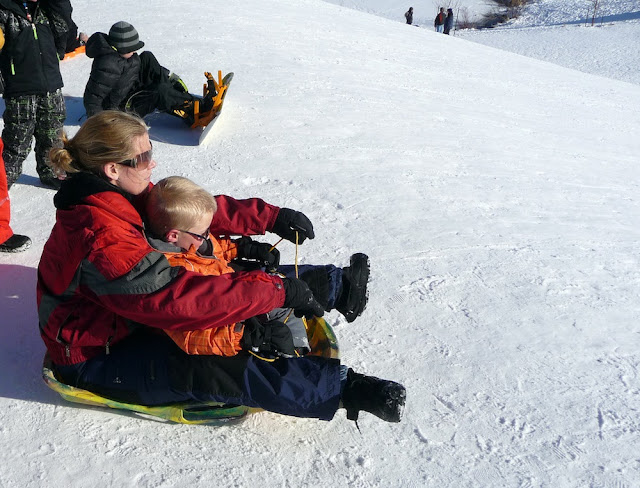 Auntie Bip, always a great sport about having fun with nieces and nephews! In Blake's opinion, childless aunties are kind of a big deal: none of their own bebes to interfere with their loving devotion of him. He makes outrageous requests of Aunt Ernie and Aunt Bethany that he wouldn't dream of posing to my own sisters.

Thing is, they are usually all too happy to oblige him! 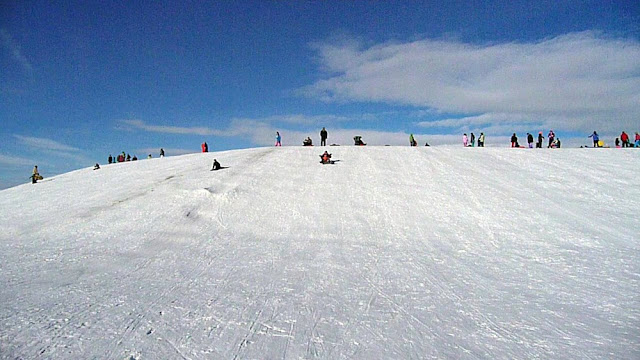 They are coming straight for me. Perhaps I'd better move...? 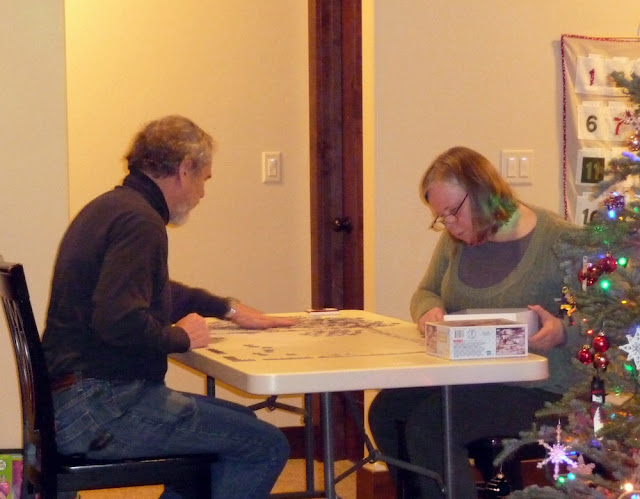 With a 3.5-year-old in their house, Joyce hasn't been able to do many puzzles lately. She helped finish one I'd started and got a good start on a second! About an hour before this pic was snapped, Cec was headed for bed, then stood and placed a few pieces, then knelt to get a better view, and finally quietly just got his own chair. I'll now be their puzzle haven, at least until my little one begins interfering with such things. 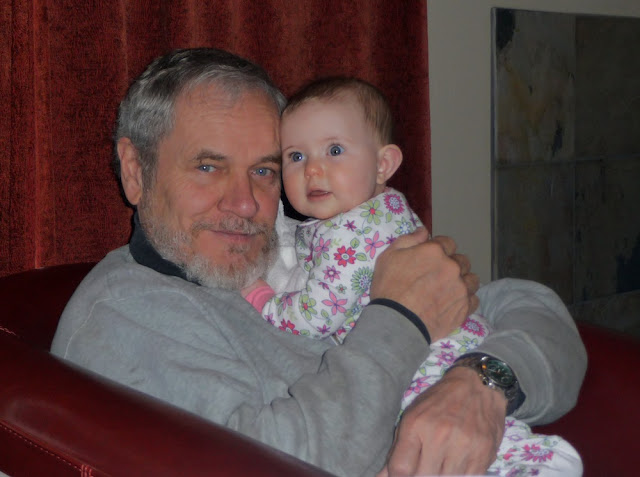 Poppa and VeeBee. He got her attention by clucking his tongue at her, and she now repeats the trick! She's gotten rather good at it, though another trick she pulls is getting Rob and I to cluck at her repeatedly to encourage her to start... while she just looks at us, bemused. Sneaky little bugger...
at 2:36 PM

Fun! I wanna sled...no...never mind...it does look like a HOOT though!

What a great hill for sledding! Where is this hill? Just cute post of everyone having a great time...making a memory! Love Blakes jacket!