Blake has gotten shy and requested that I not post photos or videos of him before he's approved them. He's also gotten very difficult to get photos or videos of in the first place. Thankfully, I have someone who is not so opinionated to make up for it, and I don't have nearly as many snaps or vids of her at this age as I do of him at this age... just so that you know I am not playing favorites.

Besides, if I were playing favorites, don't you think I'd choose the offspring that wipes their own ass? 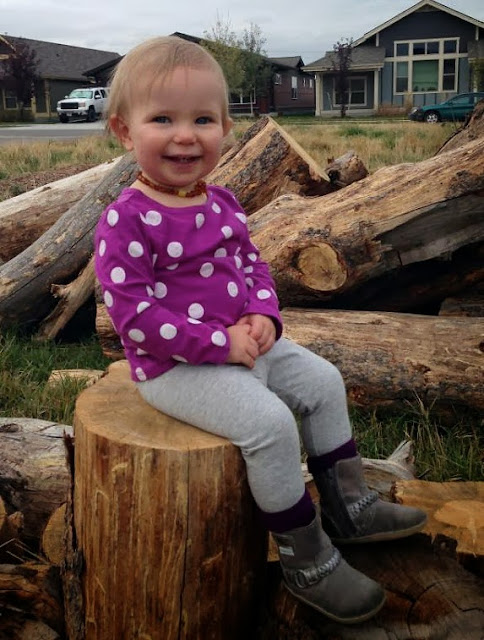 Our little wood sprite, sporting new duds from Grammie (who also gets the photo credit). 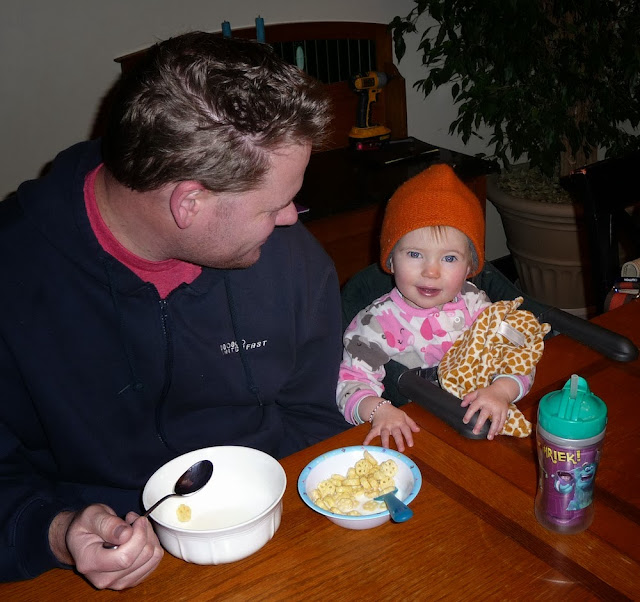 Rob's Tennessee orange hat that is now too small (due to washing, I think, not his head swelling). Vesper loves it and tries to put it on herself, and will wear it willingly for up to a full minute or two. 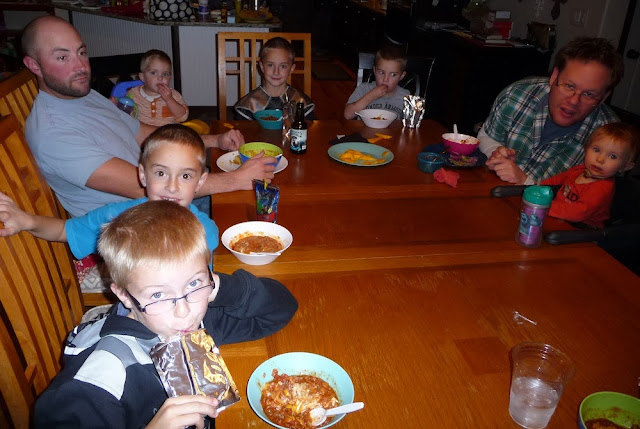 Some of the Halloween crew. We loaded up on chili and cornbread with our neighbors, then hit the streets. Those boys aren't excited at all.

Fun to see all those fun pics and videos of Vesper. Can't wait to love on you all when you come for Thanksgiving!

adorable! Love it when they start getting more and more personality. She is getting to be a sassy booger. Can't wait to munch on you all!